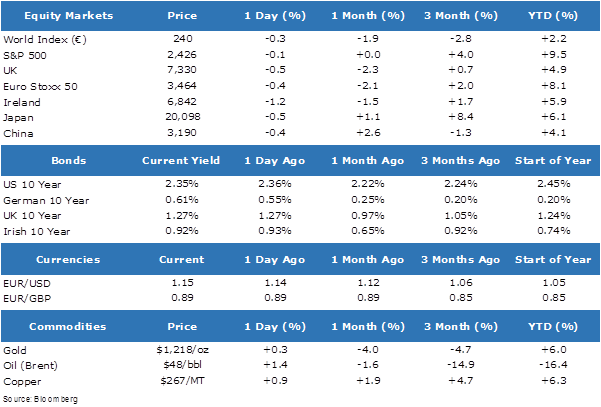 Japanese equities closed 0.5% weaker, with all 11 sectors settling lower, after the Yen gained 0.5% against the US dollar, its largest single day gain in 3 weeks.