Asian equities were more muted than their US and European counterparts in the previous session. Japanese equities closed broadly unchanged as the Yen added 0.2% against the dollar. 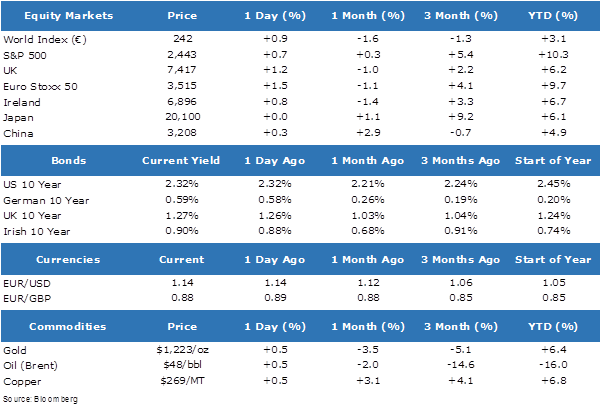